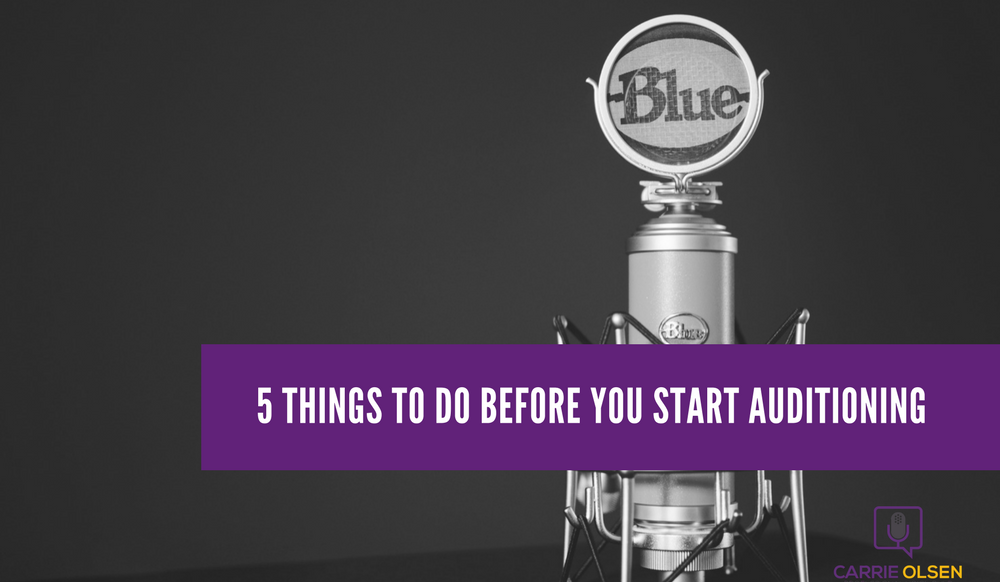 5 things to do before you start auditioning for voiceover jobs

Auditioning is a big part of most voice actors' businesses. But there are things you need to do before you start. #vo

I love sharing my story of how I got started in voiceover, and I consider it a privilege that I can give back to the voiceover community and help other aspiring voice actors get their start. There are plenty of resources, on my site and elsewhere, dedicated to doing this, and I enjoy being a part of others’ voiceover journeys. But every now and then I get friends, family, or even virtual strangers who aren’t necessarily looking for a pathway to build their business, they simply want me to help them “get voiceover auditions.” When a request like this comes my way, I can tell right away that the requester has skipped over a few steps.

Bonus: Grab up my favorite voiceover resources to help you save time and do better work.

Because the process of doing and getting paid for voiceover work is mysterious to those outside the industry, it’s easy to think that simply “getting an audition” is the first step to building a voiceover business. After all, many famous actors were discovered while doing unrelated things like waiting tables or playing volleyball. They didn’t need to have any special training or knowledge before becoming mega-stars. So, why would voice acting be any different? If anything, doing voiceovers should be easier since it only involves your voice, right?

Not exactly. Because of the technical aspect of doing voiceover, there are a few more (or at least different) barriers between you and your first audition than there would be for an on-camera or theater audition. It is easy to overlook this technical piece, which is why so many think they can just skip to the fun part: recording an audition.

Yes, that really is my recommendation for what to do first. You don’t have to meet with them a million times before you start auditioning, and you don’t have to spend a ton of money, but you will be shocked at how much more quickly you will be able to gain traction in the industry after having consulted with a good coach.

Here is the situation you are trying to avoid: You spend a bunch of time and energy (and money) trying to book your first job. You’re submitting quality auditions, but you can’t figure out why you’re not getting hired. After a few months and no bites, you get frustrated, decide that the voiceover industry is oversaturated, and that it’s impossible to break in, and you hang up your microphone for good. A good coach can keep you from this fate!

And if you’re thinking, “I’ve seen cartoons before. I watch commercials every day. I get how this works. I don’t need a coach to tell me how to talk,” trust me. You will be surprised by how much there is to learn about voiceover that will be invaluable to your career, and that a coach can teach you.

It is easier, cheaper, and more accessible to record quality audio today than it ever has been. But don’t let this fool you into thinking that all you need is your iPhone and a quiet closet to be a working voice actor. And while you don’t need to spend $3,000 on a microphone (though you can if you want to), you do need to buy a studio-quality microphone and setup. I give some recommendations here (scroll down to the “Buy a good microphone” section). If you don’t have these, you probably aren’t going to win any auditions anyway because your audition will be up against those of professional voice actors who are recording in their professional-grade home studios. And, even if you did win an audition, how would you record it if you didn’t have a setup?

You wouldn’t decide to start a cupcake business, and start telling people that you’re a cupcake baker, if you knew nothing about cupcake baking. Since you’re reading this blog post, you clearly aren’t afraid of research, so that’s awesome! Keep it up. If you attempt to win voiceover jobs without having looked into what it takes to submit a quality audition, you will end up frustrated and wondering why you aren’t booking any jobs. If you aren’t willing to take advantage of the many great resources out there about voice acting, and you can’t bring yourself to spend the time soaking them in, that’s a good sign that you’re not ready to jump into the voiceover business anyway.

I’ve talked before about how listening skills are the most important skills you need to be a voice actor. But I’m not just talking about listening to be a good communicator. You also need to be listening to other voice over work. You can’t expect to break into the commercial voiceover world if you never listen to commercials!

Know how to record

Once you have all the other steps taken care of, you still need to actually record, export, and send your audio file to your potential client. There is a great, free recording platform called Audacity that has everything you need to record voiceover auditions and jobs. There are also a good deal of programs and YouTube videos to teach  you how to use it. It isn’t terribly complicated, but it will take some practice to become good and efficient at it.

This is a basic run-down of things you want to have in place before you start auditioning. Of course, there are more things to consider, like how you’ll get your auditions: from an agent, a casting site, or directly from clients. But following these initial steps will put you in a much better place to start booking work once you do start auditioning for voiceover work. 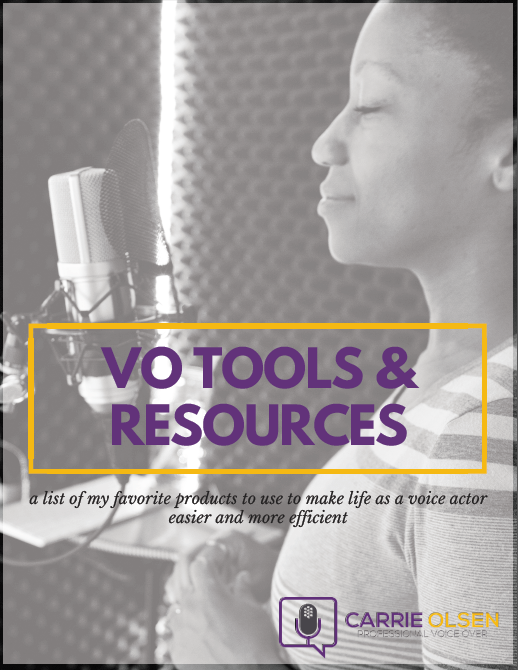 Sign up below to get your own copy of the VO TOOLS & RESOURCE GUIDE:

We hate spam as much as you do. Your email address is 100% safe and secure.