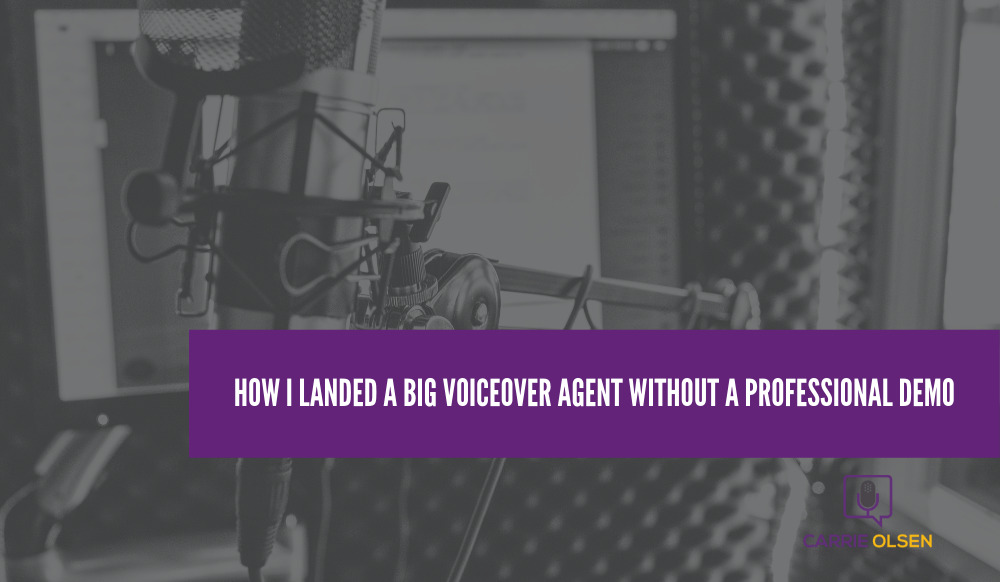 How I landed a big voiceover agent without a professional demo

If you go to atlastalent.com, you’ll see my name listed among the other signed voiceover talents there. Click my demo, and you’ll hear the sixty or so seconds that prompted one of the most well-known voiceover agents in the country to pick up his phone and call me to ask me to join his roster. The kicker? I didn’t pay a dime for my voiceover demo.

Now, this definitely falls into the “Do as I say and not as I do” category. The only advice I have ever heard for having a demo produced is to have it done professionally. I’ve heard over and over again that agents and clients can “sniff out” a homemade demo. But clearly, they don’t always turn up their nose at the scent. 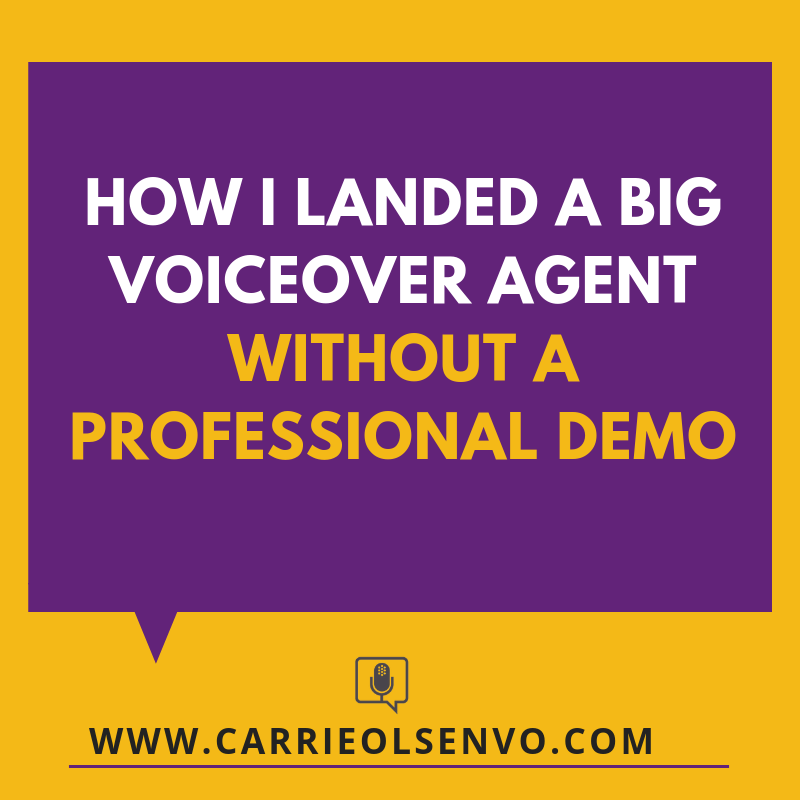 I said I didn’t pay a dime for my demo. That’s not entirely true. My amazing coach, Alyson Steel, was coaching me over Skype for many of the reads that went into my demo. And the ones that she wasn’t directing me for, she at least advised as to which parts of which spots should appear in which order on the reel. So I paid for her time, but I did all the recording, mixing and producing myself. Many of the spots were from actual jobs that I did, so I was able to just drop them in with the music and sound effects added by the client. But even then, most of those jobs were recorded in my home studio (aka spare bedroom).

If you’re wondering if you really have to dish out the cash to have a professional demo produced, I would advise you to shop around to see what kind of deals and service you can get. And then pick a reputable coach/engineer/producer to help you out. However, because of my personal experience, I have to say that it is possible to record your own demo and for it to get you hired. But I’ve never heard a similar story from another voice actor who wasn’t also an audio engineer. 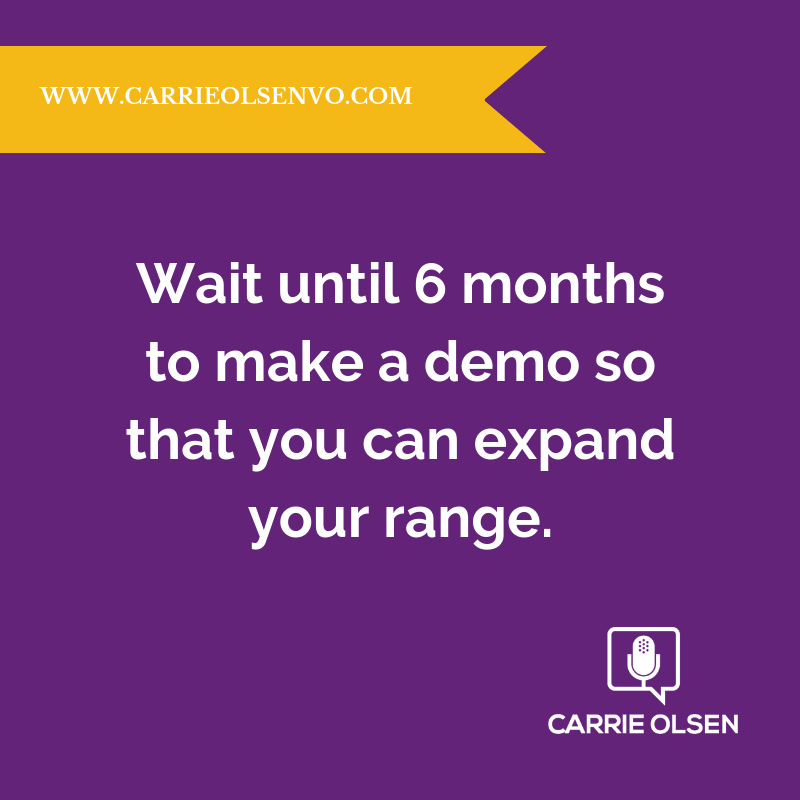 But for those of you who would like the play-by-play, here’s how I did it.

There really aren’t that many financial barriers to entry for VO. But a good demo is an absolute must. So, unless you’re an engineering guru, work with a professional to help you put your demo together. Maybe you don’t have to outsource the whole thing, but make sure you have a team of people you know and trust who can help with various aspects of the process, like directing, mixing and advising. And make sure you have experienced ears who can provide you honest feedback.

A PRIMER ON VOICEOVER DEMOS

When should you make a demo? What is it for? Get the highlights in this guide.